I purchased these GORUCK I/O Cross Trainers during the work shop sale, back in the beginning of September 2019.
They came in early January 2020. 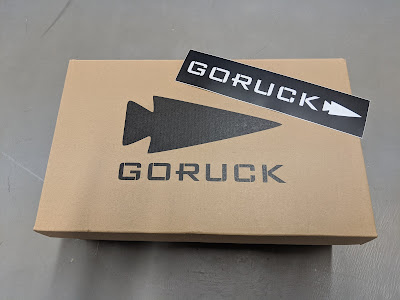 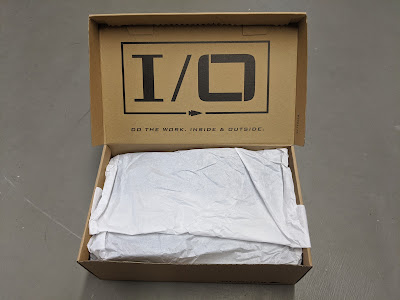 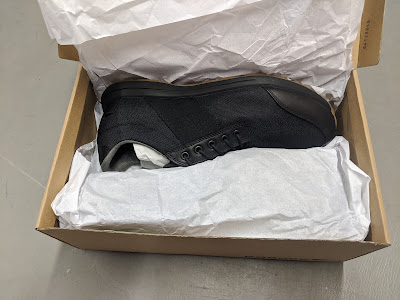 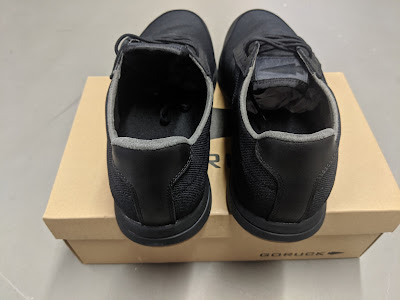 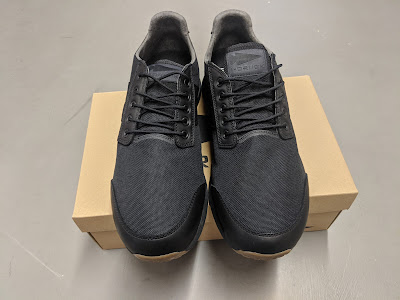 They have they same type of shoe laces as the MACV1s. 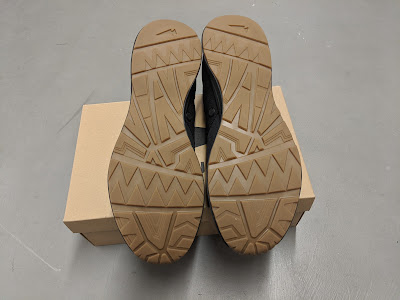 The tread is much more aggressive than the MACV1s.  This looks to be what the MACV1s will be using for version 2. 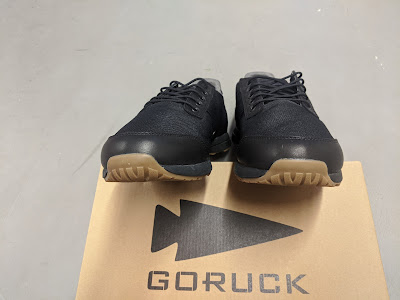 I was very happy with the black and gum color.  I like the contrast between the two. 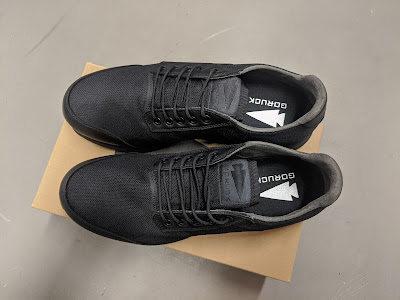 The insoles look similar to the MACV1s, but they seem to be a little thinner. 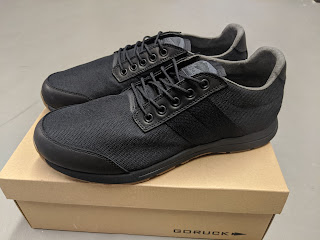 I tried them on and they felt pretty good.  I did notice they were much stiffer than the Brooks I normally wear for running and rucking.  The fit for me was perfect.  I wear a 12 in MACV-1s and ordered a 12 in the I/Os.  I like my sneakers a little big for running and rucking so these worked well for me.  They seem to be about a half size up from the MACV-1s.  I normally wear a 12.5 or sometimes a 13 in Brook, depending on the model. 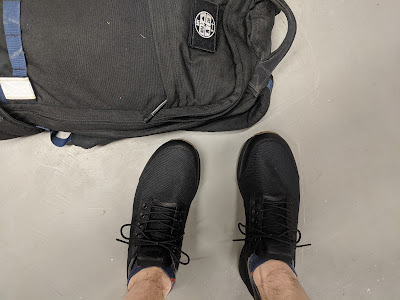 The first ruck I did was a 5 mile treadmill ruck.  I know that sounds like it would suck but I wanted to watch something on Netflix so it worked out.

The feel of them was similar to my Inov 8 F-lites, or probably similar to other cross trainer shoes.

After finishing I did notice some uncomfortable presser on my right foot near the upper left lace grommet. 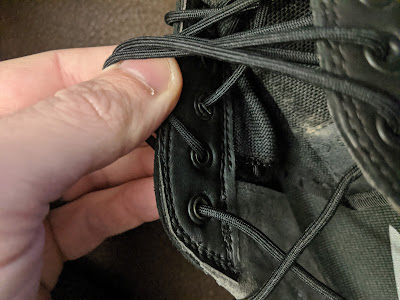 At first I thought it might be the laces, because they are smaller hard and round, and the only thing between that and your foot was a layer of cordura in the shoe tongue.  So I pulled the laces out of my trail running shoes and replaced them.

Next I took a 10k ruck outside and I still felt the pressure on and off and it was fairly uncomfortable.  So when I returned home I tried to look more into it.  It seemed that the top left grommet for the laces had a little sharper bur or ledge as compared to the others.  Maybe there was an error when pressing it in.

I took a piece of 2000 grit sand paper and sanded down the edge so it was smooth. 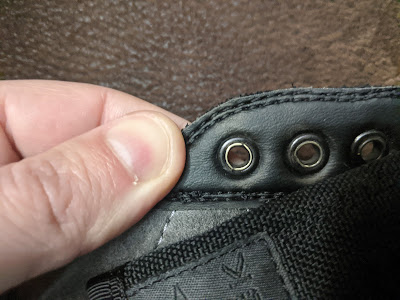 After doing this I went out for a 8 mile mountain / trail ruck. 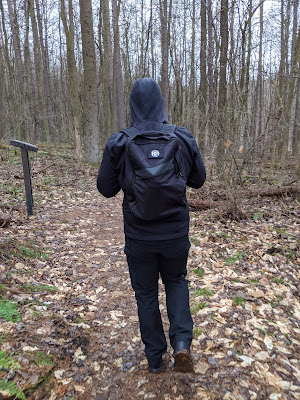 The pressure seemed to be gone, and they felt much more comfortable. 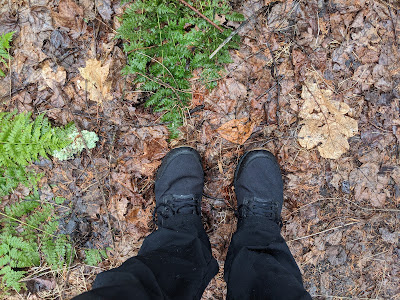 I did leave my trail sneaker laces in as I liked that there was a little more give in them, also I kind of like how they look more than the boot laces. 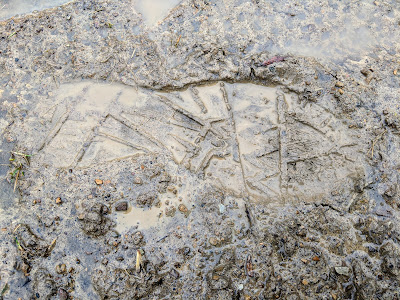 It rained for most of the ruck and there were a lot of muddy hilly trails.  The new tread pattern is amazing compared to the original MACV-1s pattern.  Honestly they performed as well as my trail shoes. 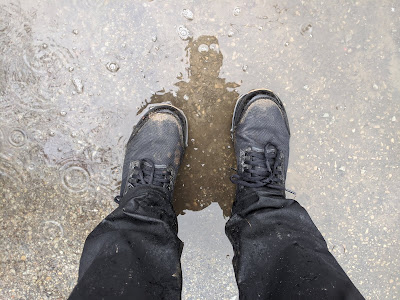 Next I gave them a try for a 4 mile run on the tread mill. 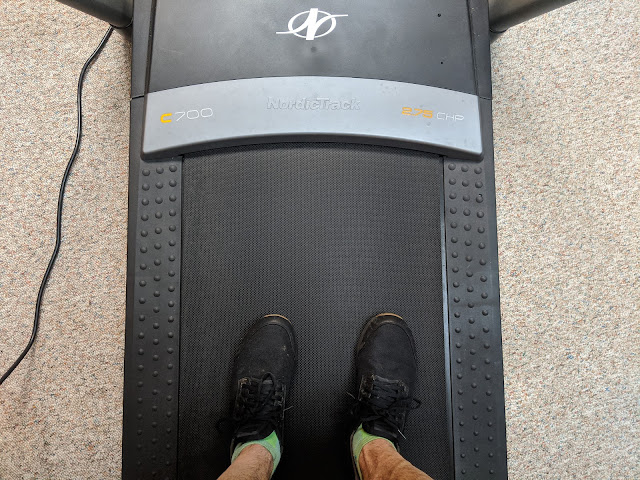 Due to the stiffness I thought these wouldn't be great for running.  But honestly they didn't feel that bad, I would be OK running in them more often. 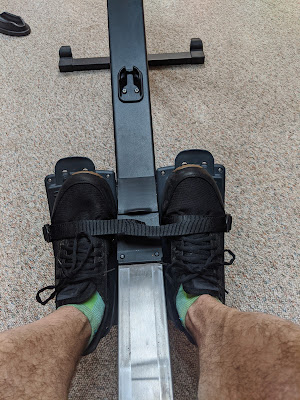 I also gave them a try on a rower and during other PT, lifting, normal cross training stuff and they worked great.

So far I only have about 20 miles on them, and I plan on putting many more on them.  I am still not sure exactly what was going on with the right shoe early on but that seems to be gone now.  These will definitely be my rucking shoes, probably most of my cross training, and even some of my running.  I am very happy these came out, I love my MACV-1s and plan to wear them quite often, not just for rucking, I have always preferred sneakers and these are what I have been looking for.

I will be updating this review as I get more miles on these, but it's looking pretty good so far.

Posted by Brian Gardner at 7:55 AM