Another local GRT and I attended GORUCK Precision Rifle in Gore VA.  The spots for this event seemed to fill up pretty quickly. 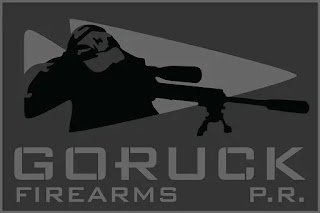 We stayed in Winchester, VA.  This worked out pretty well, because the first night the classroom portion was held in Winchester at the Marriott. 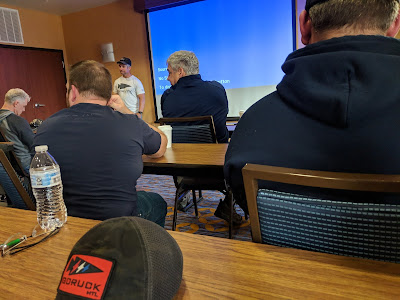 Cadre Heath and Geoff met us in a conference room.  We spent around 2 hours going over long distance shooting and the theory behind it.  It was great to go through a lot of this the night before in a classroom environment.  It also gave us a little to think about the night before our first day on the range.

The next morning we met at the range at 8 am. 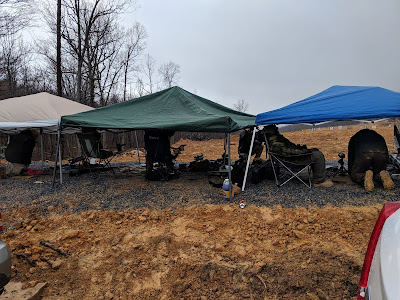 It rained most of the first day, lucky Cadre Heath suggested bringing canopies and tarps if we had them.  So we spent the first 30 minutes or so setting up the firing line.

Next we went through the normal admin stuff, and the range rules.

The range was at the Cove Campground, and it was a brand new range.  We were the first to use it.  Originally it was to be out to 600 yards, but by the time we got there they only got it out to around 500 yards. 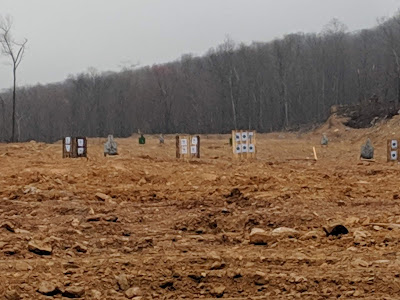 The range was extremely muddy, mainly because it looked to have recently been dug up.  There was probably anywhere between  1 - 3 inches of mud we walked around in most of the day.  There was a nice gravel area for the firing line, but any time you stepped off it the ground was pretty slimy clay.

First we paired in to teams of 2, so we always had a shooter and a spotter.  Throughout the drills we would rotate between being the shooter and spotter.

We setup paper targets at 100 yards and a few steel targets. 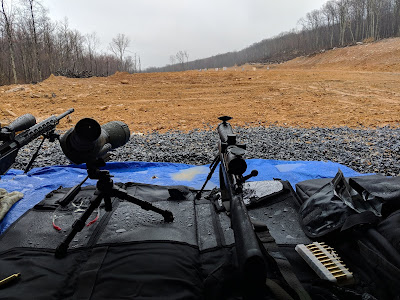 First we all confirmed zero at 100 yards.  Cadre Heath and Geoff walked around and helped everyone out that needed help.

Now that everyone was shot in Heath started walking us through a few different drills. 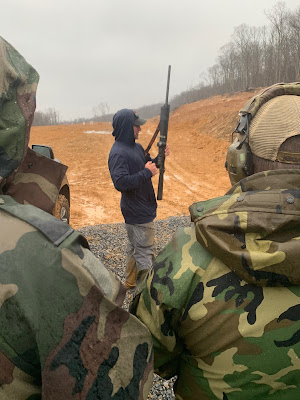 After each drill we would get time to try the skills ourselves.  The first day was mostly about the basics and walking through different techniques and getting some time behind your gun.  Even when we had a break for lunch they kept the range hot.  So there was plenty of time to get practice in. 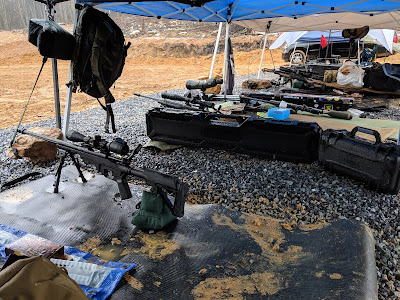 After finishing up the first day we headed back to Winchester, VA for the night.  The second day was much better weather. 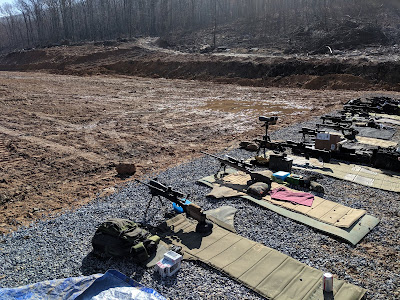 There was no need for canopies the second day.

We started off with a drill to raise our heart rate.  We had to lay 10 rounds around 20 ft off the firing line.  You could only take 1 round at a time to the firing line, take the shot and run back for your next round.  We were using a battle ship game board as a target.  There was several games played throughout the day to keep in interesting. 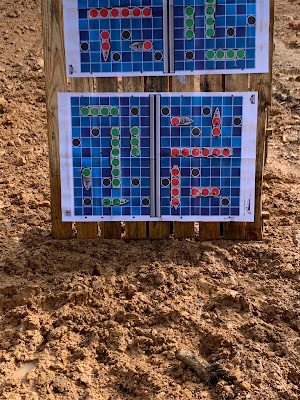 Most of the day we were given time to dial in our doping for different distances.  Most of this was done using the steel silhouette. 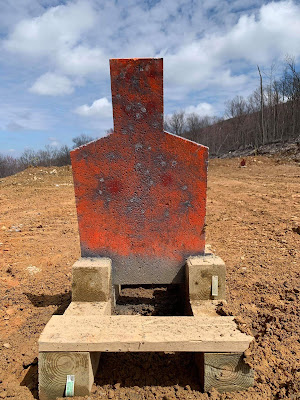 Also through out the day they gave us more techniques to focus on.  They also demonstrated how the shooter and spotter works together and their roles. 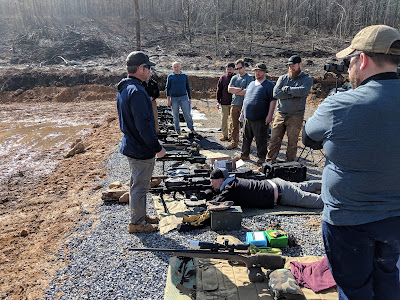 There were several more games for us to apply our skills towards the end of class, then we finished and cleaned up for the day.

Just like any other class we received our patches at the end. 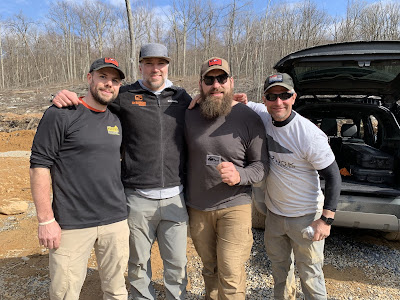 This was an amazing class.  Cadre Heath and Geoff  were amazing.  They walked us through a lot of information with a lot of time behind your own gun.  They were always there to help if you needed it.  A lot of times they would stop by if they had some advice as they were walking by.  I would highly recommend this class if you are interested at all in long distance shooting.  These classes are a lot different than a normal GORUCK event.  There is no beat down.  This is a class that is more about learning and working with the Cadre.  You really do learn a lot from some of the best in the industry. 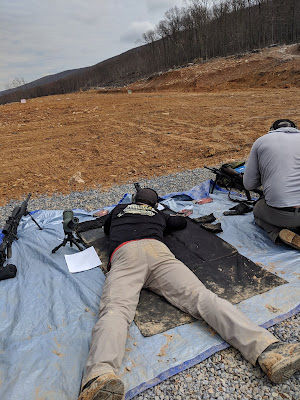 There was a large array of different guns.  I used a Remington 700P .308 LTR with a Vortex Viper HS-T 4-16x44 scope.  It worked great for the class, but it did kick a little more than some of the guns on the line.  After shooting around 200 rounds for the weekend my shoulder was a little tender.  Many rifles were either .308 or 6.5 creedmoor.  There were a few other calibers though, mostly bolt guns, but there were a few semis. 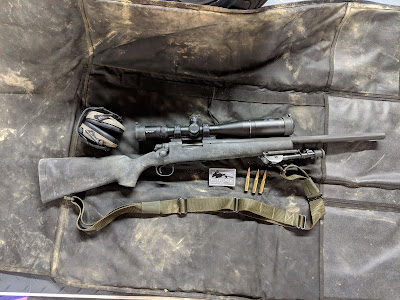 All in all it was a great course/event.  If you're interested in trying, do!

Posted by Brian Gardner at 2:13 PM