The EQT 10 Miler started at Station Square Pittsburgh, PA.  On the drive down it was raining pretty hard, but as we got closer to Station Square the rain had stopped. 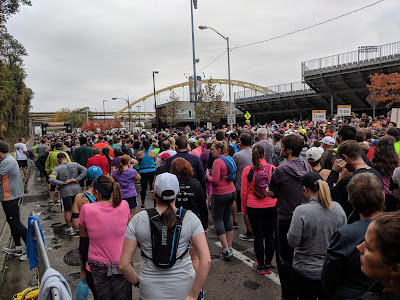 After a few minutes the race started. 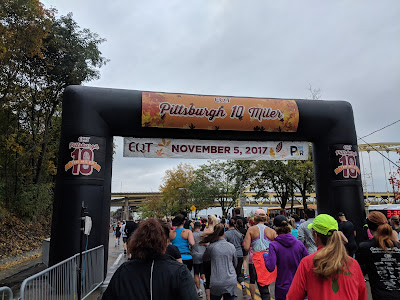 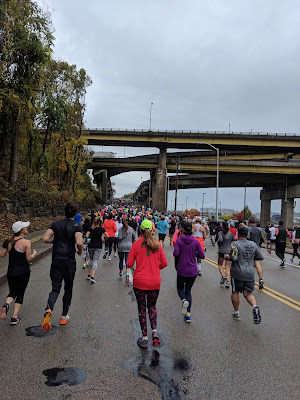 Then looped down through the edge of West End, then across the West End Bridge. 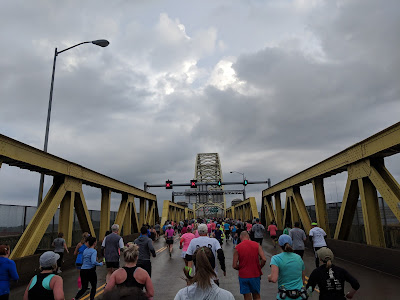 From the bridge, there was a great view of Pittsburgh, even with the rain and overcast skies. 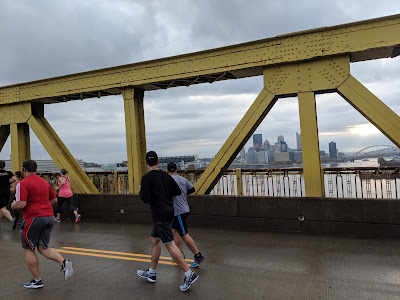 Next we turned left on Beaver Ave, under 19 to Chateau Street, and then onto Western Ave.

We then hit the first water station,where they had water and Gatorade.  They had aid stations about every 2 miles.  They were well staffed with volunteers, so there was no need to slow down and wait. 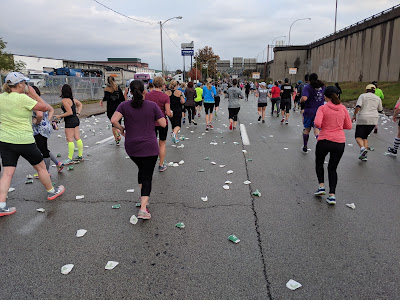 We crossed over to Ridge Ave and turned right onto West Commons after St. Peter's Parish. 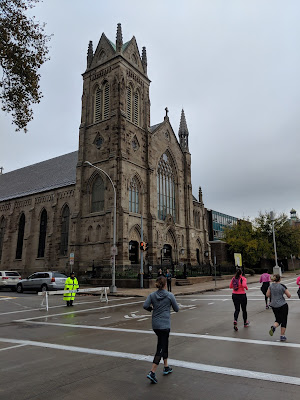 After going down past the Children's Museum, we saw the relay exchange point.  (Splitting the race in half with a relay partner was an option for this race.)  This was a good bit before the 5 mile mark, so I think the first half of the relay got the shorter distance. 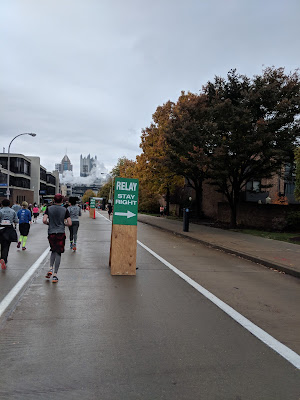 Next we went across the Rachel Carson Bridge, onto Fort Duquesne Blvd, made a U-turn, then back across the bridge. 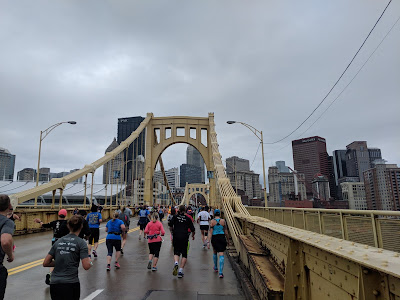 After going under the Parkway North we headed over and across the David McCullough Bridge. 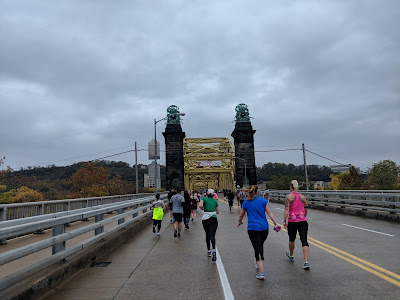 Next we headed down Penn Ave for around a mile and made a loop around the block. 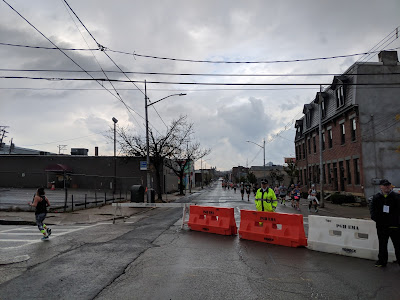 We ended up on Liberty Ave for about 2 miles back to the finish. 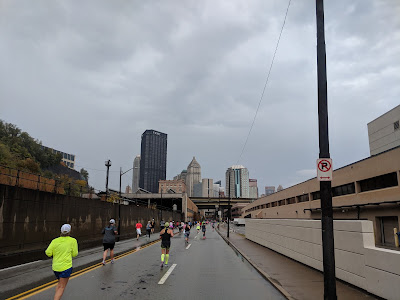 The city could be seen off in the distance, and it slowly got closer. 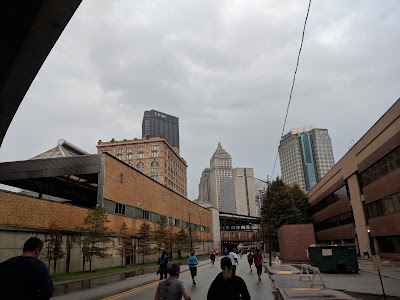 After getting under I-579 we made our final turn into the city. 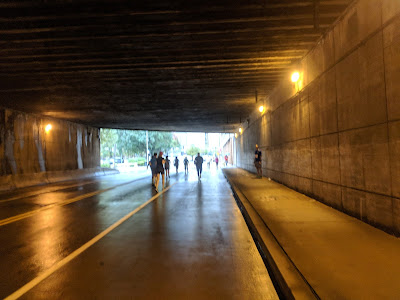 All that was left was a short run down through the city and you could see the finish line. 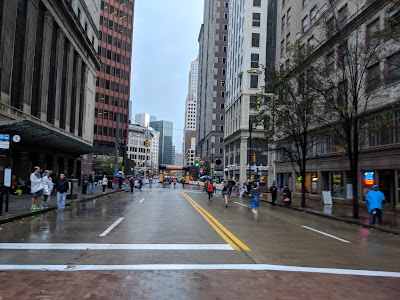 The finish line was in the middle of town. 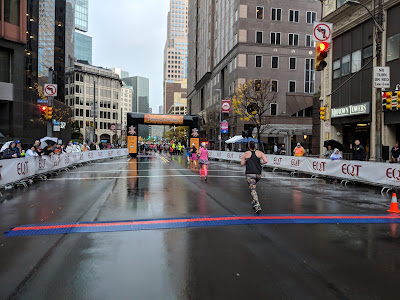 After crossing the finish line it started to rain pretty hard, so it was nice that they were handing out blankets.  They also had Panera bagels, water, bananas, and chips.  The normal after race snacks. 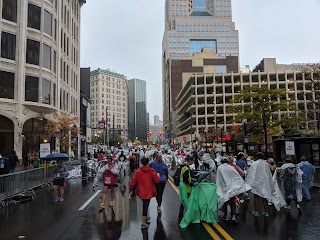 After the race they had school buses to take us back to the parking at the start location.  This was great because at this point it was raining pretty hard. 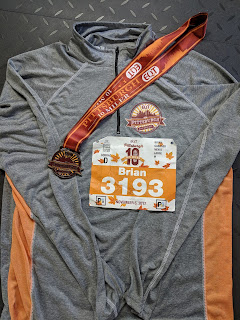 The race was great, and well organized.  We received long sleeve tech shirts, a medal, and some other goodies.