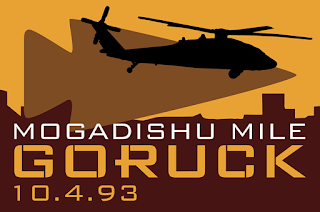 Once at Point State park, it was easy to find all the participants standing around by the fountain. 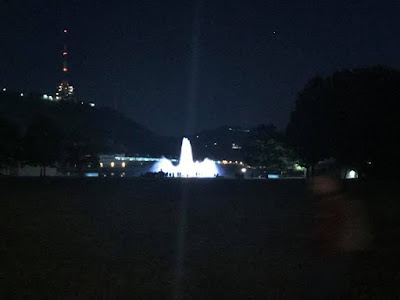 It was great to see a lot of familiar faces.  After saying hi to a few people, it was time to get started.

We all got lined up and started through the normal admin process.  Basically, who is here, do you have your gear, and don't hurt yourself too bad.  Next we were split up into 4 squads, each with a squad leader.

Next the welcome party started, and it seemed a little shorter than normal, but later we found out why.  It ended up continuing throughout the night.

After getting warmed up we headed out of  Point State Park.  We made it about a quarter mile or so and Pike must have thought we looked a little cold, so he helped us warm up again. 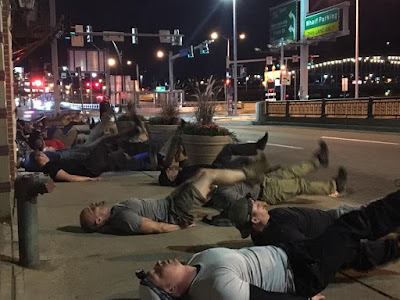 After everybody was warmed up we headed over to the river and found a parking lot on the other side.  First we lined up and did a little PT in squads.  Lunges with rucks on the front and back across the parking lot.  Then some group push ups. 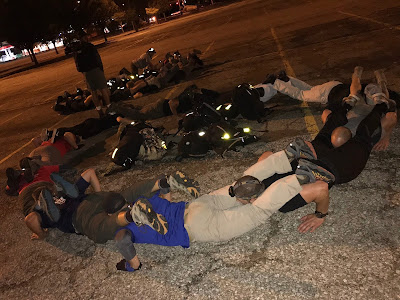 Shortly after we stopped and lined up, and Pike talked for a little while about what was going on in Mogadishu at that time on October 4th, 1993. 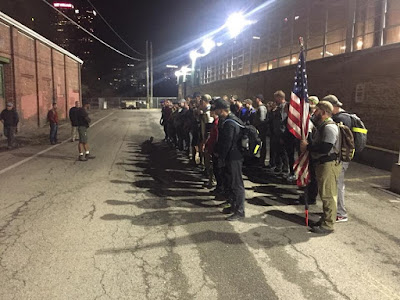 We continued about 1.5 miles on the Three Rivers Heritage Trail until we got to a boat ramp.  We lined up in our squads and went squad by squad into the water about waist deep. 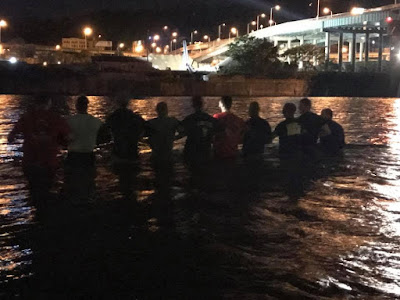 After everyone got there chance to cool down we headed out.  We didn't make it too far until we stopped to pick up a few logs. 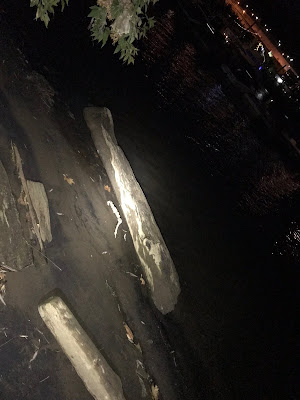 We probably carried the logs for a little over a mile. 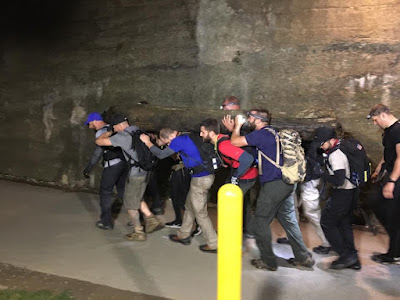 After dropping off the logs we continued to ruck about 3 miles until reaching the Cathedral of Learning.  Here we got a little break and were able to refill our water and use the restrooms.

Next we made our way about 2 miles to Schenley Park, where more PT was waiting.  We lined up about 40 or so yards between the 2 trees, 2 squads on one line and 2 on the other.  Then we proceeded to do bear craws, crab walks, and low crawls pushing our rucks in front of us back and forth. 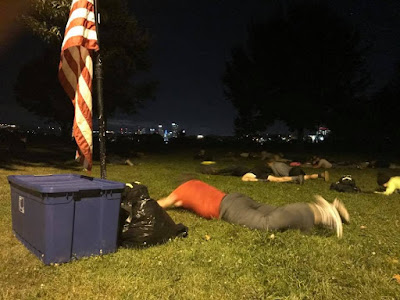 After a little more PT, we rucked between 4 and 5 miles to the Veterans Place, see more info here.  This was part of our service project.  At the beginning of the event we collected clothes and carried them throughout the event.  There was one large bin and several contractor bags full.  We dropped them off at this point.  They do a lot of great work to help our veterans.

After dropping off the clothes we headed back to the start location.  It was around 7 miles, and during this ruck the sun started to come up.  About 3 miles out we stopped in a parking lot, and Pike instructed us to drink water and get ready because it was going to get tough.

About 1.5 miles out we were given lots of casualties. 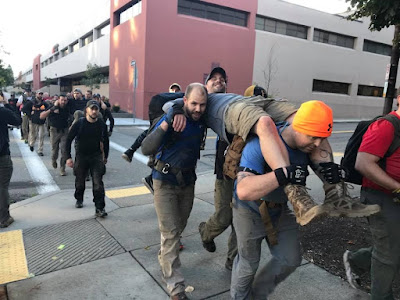 Believe it or not there was a lot of people wondering what was going on. 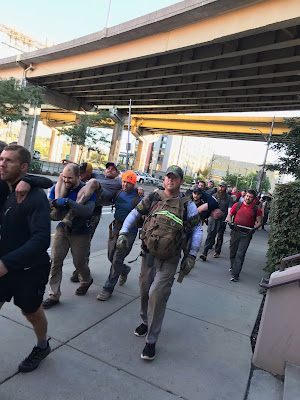 We finished at Point State Park where we started. 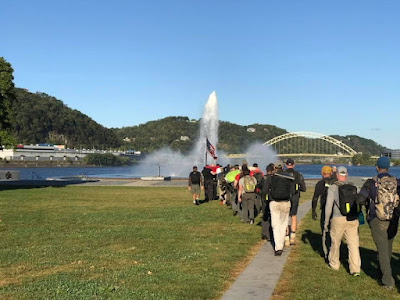 After getting back to the park we got a little final PT.  Then Jason came back and asked if we had any additional questions that we may have thought about on our journey.

This was my first event with Pike and he did a great job.  With Jason being there, it gave the event even more meaning. 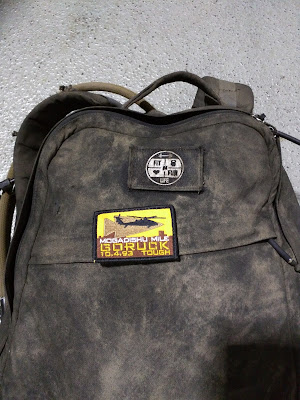