On Sunday May 28th, a group of us met up in Market Square to "Ruck" the open streets.  This was our first time participating in Open Streets.  You can find out more about it here http://openstreetspgh.org/about/
If you don't know what "Rucking" is, you can learn more about that here https://www.youtube.com/watch?v=LqoyqYxGTW0

We decided since they were shutting down the streets for a few hours, it would be pretty cool to ruck it.  We grabbed a few friends, our rucks, some weight, and water and hit the streets.  We met up in Market Square, where the event started.  There was a zumba, yoga, and dancing on the main stage, with lots of people partaking the festivities.  There were vendors set up in market square and all along the streets.  There was face painting for kids and other family friendly activities too. 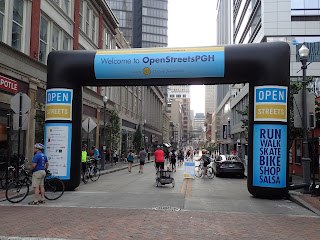 We headed down the first street.  There were many bikers, runners, and walkers everywhere.  We even saw a uni-cyclist.  Some people brought their dogs, some brought their kids and extended family.  There were people of all ages.  It was pretty awesome to see.  At the intersections were volunteers with grass skirts and flower leis giving out information and cheering on the participants. 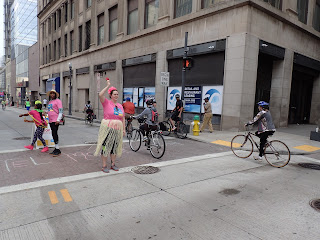 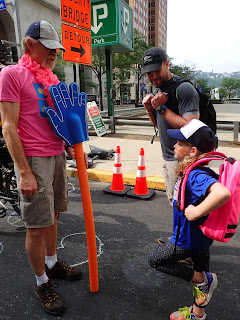 Before heading into (yes, into) the Armstrong Tunnel we stopped and had a sample mocktail courtesy of Elhurst Nut Milk.  Delicious! 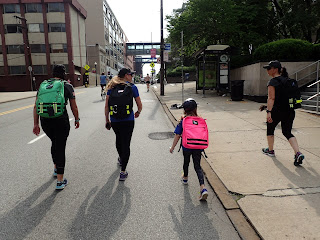 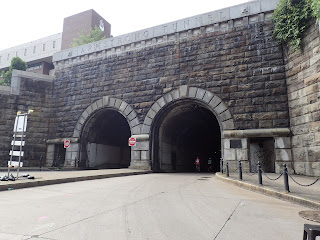 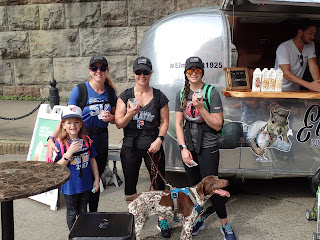 We saw bootcamps being taught, a zumba class on the bridge, lots of vendors and giveaways, and music everywhere. 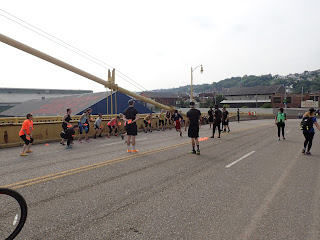 As we made our way down Carson St. we stopped by the Ascend Pittsburgh table and talked with them about rock climbing, enjoyed a cupcake (Sophie is checking out Emma's below), watched some kids try out a mock bike course with ramps and other obstacles, sampled some beverages at Starbucks, and stopped by Uber and REI for some goodies. 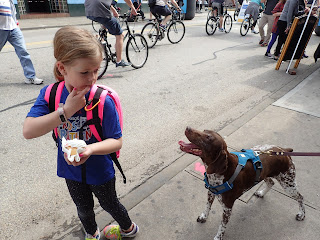 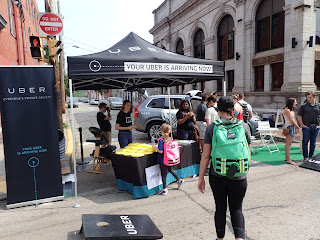 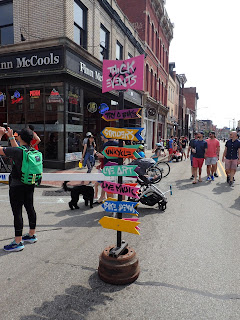 We even saw Batman in a dunk tank get wet a few times! 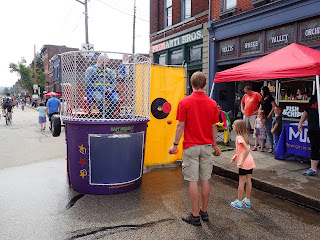 As we turned left on to the Birmingham Bridge (which haunts me, since finishing the half marathon a few weeks prior) a young girl doing acrobatics, a girl performing aerial silk demonstrations by Iron City Circus Arts and a boot camp class. 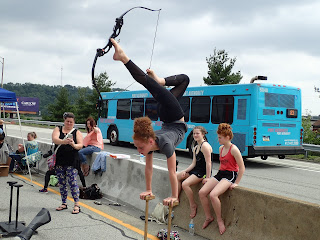 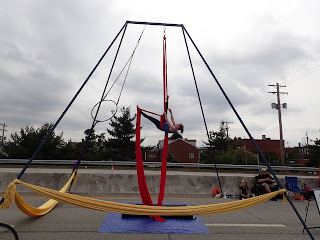 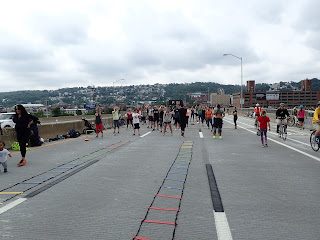 As we finished up our 5 plus mile ruck, we saw some cool stuff and some odd things; like a graffiti painted house and a guy driving a tiny car down the street.  At least we were entertained! 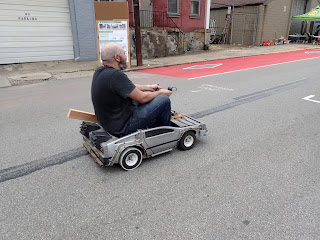 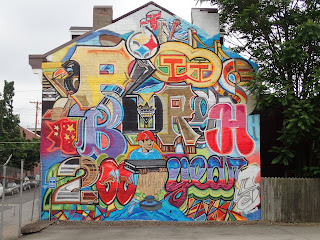 We returned back to where we started and my GPS watched showed that we walked 5.91 total miles.  It felt like an easy 6 miles if you ask me.  There was so much to see and do on the streets that time went by faster than I thought it would. 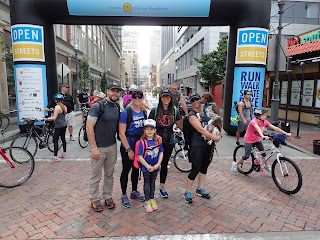 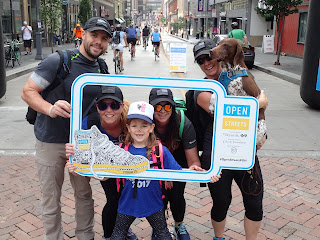 I will definitely being doing this again in June for the next Open Streets.  I'm not sure if we'll walk it, run it, or bike, but I'm looking forward to it!